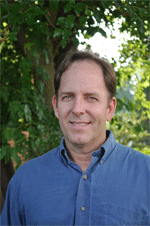 Mayor Ray Weiland was elected Mayor in 2012. He moved to Stuart in 1997 with his wife Tammy and 2 sons, Jared and Matthew. He grew up in South Florida, served four years in the Marine Corps and was a business owner. Ray graduated from Virginia Tech with a major in Chemical Engineering.

Ray is a District Engineer for the Virginia Department of Health, Office of Drinking Water where he works on designing, inspection, and regulation of Water Treatment Plants. In addition to general responsibilities, Ray served on the Farmers Market committee and the budget committee.